The Weather in Seattle

In Seattle, it will be rainy and windy tomorrow morning with rain falling until late in the afternoon. On the East side of the mountains in Spokane, the sun will shine and temperatures will reach thirty degrees Celsius. In the evening, the weather will become windy and cloudy. In the mountains, you can expect snow above two thousand meters.

Types of Climate in Argentina

There are four main types of climate in Argentina: warm, moderate, arid and cold. The extension of the territory and the features of its surface determine varieties of the countries climate.

The warm climates include the subtropical climates with no dry season, which comprises the provinces of Misiones and Corrientes, the Northern area of Entre Ríos and the Eastern section of the Chaco region. It has high temperatures and abundant rainfall year round.

The tropical climate has a dry season, and it comprises part of Salta, the West of Formosa and Chaco, the Eastern plains of Tucumán, nearly all of Santiago del Estero and the North West of Santa Fe. It has similar features to the subtropics, but there is a dry season in the first half of the year. Up North West, the mountainous area that includes the sub-Andean hills, its valleys and streams, has a tropical highland climate.

The arid climates are in the high plateau called La Puna, the Andes of Catamarca, La Rioja and San Juan, and neighbouring areas. The arid mountain climate is in the high plateau in the Andes from Catamarca down to Mendoza. To the East of the arid Andes, is the arid climate of the hills and fields, which mainly includes the area of the Pampa hills. The arid climate stretches down to the South of the region of hills and plains. To the West, it ends at the foot of the mountain and becomes less dry in the south of Mendoza. To the East it borders the transition belt and to the South, between the 40º and 42º parallels, another type of climate is found: the Patagonian cold arid climate.

The cold climates include the humid strip of the Patagonian Andes, which is known for rainfalls that occur from North to South. In the Andean sector the arid-windy climate in the Patagonia is characterized by low temperatures, with little rainfall and, in winter, big snow storms. The humid-austral climate includes a strip of the province of Santa Cruz and the province of Tierra del Fuego, except for the snowy climate of the high mountains; rainfall is heavier and there is no summer, which is common in the Patagonian plateau.

The snowy climate is glacial and includes the strip of the austral Andes, the continental ice area of Santa Cruz and the glaciers found in the high Patagonian Mountains.

With regard to the climate of the austral islands, Isla de los Estados has an oceanic climate. The weather is misty and cold most of the year and storms are frequent. Snowy rainfall abounds. On Malvinas Islands the oceanic type is more defined. There are no significant temperature variations. 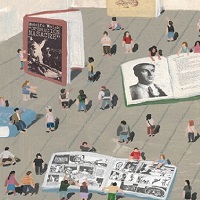 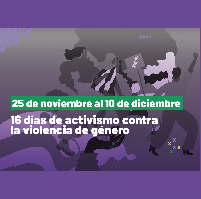 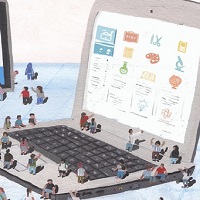